Growing Our Young Men Through Sailing

Now girls are easier. Often they love the heart-to-heart times, the small group times, the ability to share their feelings and experiences at a deeper level.

Sailing camp and now Odyssey camp have a long legacy of growing boys to men and it’s not necessarily through small group time on camp. Even though it’s 2018 it still seems sailing in a boat with a leader and campers has an important place for growing and connecting with our male campers.

On Odyssey camp during a race, Rachel (leader) struggled to get any camper to sail with her because she capsized too much. Josh* took the challenge and soon Rachel and Josh were in second place until they caught the wake of another boat and their boat filled with water. Seeing as they were losing Rachel thought she may as well make the most of being swamped in the ocean. She started to ask questions about life and camp, to which Josh responded he was having the best time and that he had finally learnt who this “God” person was! Josh told her how emotional he had been in all the Odyssey Time talks and how amazing God was to love someone like him!

Rachel was so encouraged and they continued to talk about life after camp. Josh told her about his non-Christian family who send him to a Christian school to get good morals and the subsequent great Christian friends he made there who invited him on camp. He told Rachel he doesn’t have a Bible yet. Rachel offered him one of the spares which he took gladly when they reached shore. He also wrote on his feedback form that one of his favorite things about camp was having fun with God.

Kane, now a camp leader, shares that as a camper Sailing camp was a place where he could make his faith his own, moving away from the faith of his parents. For Kane, being on a boat with two other people is where great moments of growth, sharing and faith formation happened. Another camp participant Elijah, an Odyssey camper and experienced sailor, said one of his favorite things on camp was being able to teach some sailing skills to other teenagers.

Odyssey and Sailing camps both provide opportunities for leadership both practical and in “heart” knowledge. What better way to grow our young men by creating spaces to have fun with God, and share life and faith with great leaders through sailing and enjoying God’s creation. 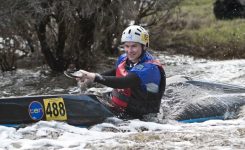 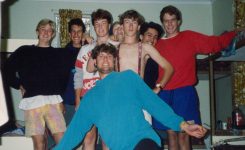 Here to Eternity A Few Words with Long-Term V... 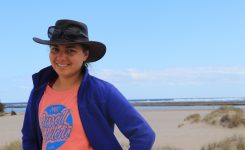 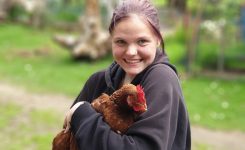 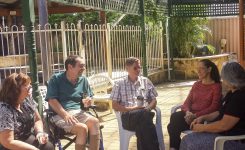 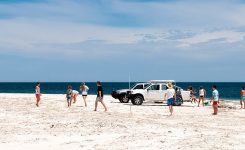 A Note From the Director 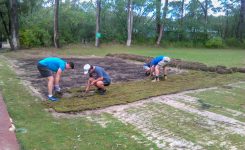